Salzburg is a typical European City that caters to tourists. It’s sweet in it’s appeal and similar to many cafe laced cities throughout Europe…there are stores and cafes lining the very narrow streets…an area where pedestrians can enjoy a stroll without benefit of being run down by speeding vehicles…although you could lose a limb to a passing bicycle! The prices are high(But NOT like Greta Britain) The Old Town are has some wonderful old buildings an, of course, Medieval Cathedrals. This is a very very catholic area. The Archbishops ran Salzburg for centuries and they controlled all the salt(why it got it’s Salzburg name), which was the commerce in most of this part of Europe during the middle ages. There are great Salt Mines and we will be visiting one in Poland.

When Tucker & I arrived after being awake since 3:30am(to fly here on Ryan Air…a very good airline…it cost us, including all takes 40.00 each way from London), we decided to take a Bravarian Alps tour across the border into Germany. We boarded our bus(Yay, I don’t have to drive!) and headed to Obersalzburg, which was Hitler’s base of Operation and his home are during WWII, both of which were bombed and no longer exist. The Allies replaced both with trees…So now there is a beautiful forest where such destruction and chaos once reined. We continued into Kings Lake, embedded between 2 steep mountains. We hiked up a long path to get a great view of the crystal clear lake(no motorboats except electric ones are allowed on the lake)…the Lake is nestled within the Alps. After a bit of walking, we headed to the German town of Berchtesgaden and took in the most spectacular Cemetery I have seen to date. On the walls surrounding the cemetery are memorial stones with pictures embedded in them of soldiers from WWI and WWII who were from the village. All the graves had flowers and a volitive candle. They were adorned with symbols of Christ, the Crucifixion, Mary…etc..Some were marble, others stone and some even wooded, After a nice visit with the dead, we wandered the town and took in the architecture and the wonderful thigh enlarging pastries!

Earlier, before our tour, we wandered the city, in search of the Old City of Salzburg. On our way, we met an older gentleman who asked us for directions. It turned out he was looking for the same place so we asked if he’d like to join us. he introduced himself as Leo and said he was from Australia…Although his accent was definitely not Aussie. It sounded more german…It turns out that he was originally from Holland(which sounds German). he was traveling alone to Austria, Greece and Egypt. He said he travels around the world a lot…which is amazing because he was in his mid 80’s. We stumbled upon a beautiful Franciscan Cathedral and went in. As we walked around the Church, he revealed to us that the reason he left Holland was because the Nazi’s had killed his whole family(at Auschwitz) except his wife(she was granted a “spare” because she was a nurse. the Nazi’s granted spares to certain professions. So when they made their sweeps, those people were spared…for a little time. Leo, himself, escaped after being put on a train to the camps. He found his way to the back of the train where he found a window and escaped out. He hid under the train until it was darker and then crawled out one it got dark. He found his way to a safe house where he was told he must leave Holland. he explained that the Nazi’s considered the Dutch almost equal to them in terms of race, so they installed a full Nazi Government there. He was told Belgium was 1% better. he made his way there with his wife and lived under 6 different identities throughout the war. When the war ended, he and his wife tried to emigrate to their lives in Holland but after 5 years they still couldn’t readjust or trust they would be safe from their fellow countrymen so they emigrated to Australia, after trying first to come to the US and being denied!

As we sat at an outdoor cafe listening to his story, Tucker and I quietly riveted to our chairs. he spared few details of his journey and we could feel his sadness as he told of saying goodbye to his father on the train. As difficult a journey that he had in his early adulthood, he seemed to make up for it during his life in Australia. He was an Antique Book dealer for many years. he explained that we should be looking for a good book for investment. He regaled us of funny stories of trying to be a day laborer but having no idea how to do the job he was given. His sense of humor put him, at times, in the dirty old man category a bit…although I must admit, I enjoyed his flirtations and had I been 40 years older, I may have joined him on his cruise around Greece! We exchanged emails and said our goodbyes. What great luck that he was lost and we found him! I will always remember his stories and when we go visit Auschwitz in a couple of weeks, I will think of his family as well as all the other.

On our last day in Salzburg , Tucker and I hiked up to “Festung Hohensalburg”, the archbishops fortress above the city. It dates back to 1088. We hiked up the very steep 1700′ climb. After taking a tour of the fortress, we parted ways for the afternoon and decided to meet back for dinner. I hiked back down and Tucker braced the cable car, which seemed far more harrowing than my walk. I set off for a hike up a very large hill or small mountain in the middle of the city. As always, I got lost looking for my entrance to the trail so i ended up walking well past my hotel and into a very interesting part of Salzburg. Once I found the trail, I took off up the steep incline with the swiftness of a 20 year old…After I got a few lengths up, I began to feel each of my years ticking by rather quickly until finally the full weight of my years bared down and I had to stop to breath. And I will admit, it  felt like it may be my last breath! In the future, i must remember my age and the fact that i live a sea level…both facts that come in handy while deciding how to navigate up the hills and mountains. But then just as I feel as if my legs are melting,my lungs are pulsing and my heart is beating out of control, I remember all the heavy and fattenng food I ate in Wales, like fried eggs, fried bread, roast beef and yorkshire pudding and all the rest…and lo and behold I get back on track pushing my way back up the steep trail, burning all that fat!!

There is quite a prize at the top…The Franzizki Castle(dedicated to Francis of Assisi) .But what made this castle a prize was the wonderful garden cafe that was nestled well above the city. This is not a place of tourists…because most would not torture themselves with a 45 minute vertical climb. I ordered a drink and a great cherry pastry. I usually hate cherries but like the lunch I ate at the outdoor market of Frankfurters and horseradish, it was delicious. I’m always amazed at the foods I eat and enjoy while traveling. I sat and wrote in my journal and just soaked up the atmosphere of locals sipping wine and beer while catching up on their day. I think the key to good travel is to try to find that kind of jewel…and this place was definitely a find!

Well we are off to Slovenia tomorrow…oh goody, I  get to be behind the wheel again. Tucker seems to have taken to navigating…his love of maps makes him a godsend for getting uis from pint a to b…and I think he actually is enjoying being a passenger…it allows his to nap! 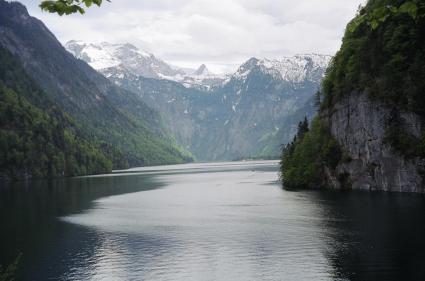 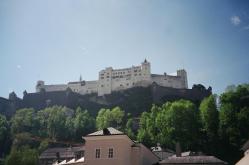